Why our condensing boilers do not condense

Jo explains how condensing boilers rarely achieve the efficiency on the box and what needs to change in the gas industry.

What is a condensing boiler?

A condensing boiler is a form of gas boiler that can work at a higher efficiency. Non-condensing gas boilers could lose up to 40% of the heat they generated via the flue, whereas condensing boilers can recover most of that heat by capturing it before it leaves the flue and re-cycling it to pre-heat the boiler.

How does a condensing boiler work?

Even this is a sliding scale however. At 54°C the boiler is 87% efficient. The boiler does not reach 90%+ efficiencies until the return temperatures are around 45°C. This means water must exit the boiler at a maximum of 65°C, impart 20°C of heat to the room via the radiators, and return at 45°C. This makes radiator balancing very important to ensure enough heat is given off to the room to lower the return temperature sufficiently.

The problem is, most boilers are still set up to output at 80°C and return at 60°C. The boiler still works but it does not condense and it certainly does not reach 90%+ efficiencies.

For more than a decade we have been urged to 'upgrade' to a high efficiency, condensing boiler to save money. A-rated boilers boast efficiencies of 92-94% ErP, however tests have shown that they massively underperform in the vast majority homes. As outlined above, condensing boilers have to be set up differently to old style boilers to achieve 90%+ efficiencies, but 99% of installers still set them up to run like an old style boiler.

Why is this happening? A-rated condensing boilers became mandatory in 2005, but despite 20 million gas boiler sales no investment has been made to upskill the workforce to fit them correctly. Rather than up-skilling its workforce, the gas industry has instead moved towards fast-track, one-size-fits-all, online boiler sales that have de-skilled the process to try to push prices down.

This false economy however that costs consumers £1,000s in higher bills and premature boiler replacements. It is no surprise that we have one of the highest replacement boiler rates in Europe (see our Heating Heroes page for more on the industry failings we are trying to put right).

Why are efficiencies lower in practice?

A 12-month study undertaken by the Energy Saving Trust of boilers in UK households found that A-rated condensing combi boilers were on average 83% efficient and heat only boilers 80.3% efficient. The report concluded that “the in situ performance of the boiler is significantly less than the rated SEDBUK seasonal efficiency”. There are many reasons for such a large discrepancy between actual efficiencies and stated efficiencies:

A Carbon Trust study into boiler efficiency found that “a significant number of them [boilers] were found to be substantially over-sized for the properties in which they were fitted and this is believed to be common practice in the UK”.

The report when onto highlight market failures that encouraged oversizing when it identified that “the average peak heat load of UK houses is around 6kW, but the size ratings of new boilers typically range from 10kW to 30kW”. In other words, oversized boilers send the wrong messages to consumers and installers that the smallest in the range must be for the smallest home. The smallest in the range will actually heat the vast majority of UK homes.

As a nation we have grown so accustomed to larger boilers, particularly combi boilers which show outputs of 24-50kW, that we now push for bigger boilers, just in case. However oversized boilers are at risk of wasting gas from excessive energy dumps of heat that cause the boiler the come on and off repeatedly.

When boilers fire up, they automatically ramp up to 70% of their maximum output. For a 21kW boiler (common is most homes) this would be around 15kW. Given that only 6kW is needed on a very cold day, the boiler is always going to overheat the system. When the radiators cannot get rid of enough heat the return temperatures to the boiler are too high for it to condense.

The answer in the short term is to reduce the maximum output of the boiler down to meet the maximise heat requirement of the property (e.g. 6kW). So when the boiler fires during periods that need less than 6kW, it is only to 70% of 6kW.

This is done by the installers, however it is probably not reduced enough. Moreover, the graduation towards bigger boilers means that the lowest minimum output of larger boilers can be between 8-12kW. This means they will always be too big for the heating systems they serve.

More sophisticated controls tell the boiler to reduce its output before the room temperature is met which means it meets the desired temperature exactly. These are known as load or weather compensation controls and save an extra 3-5% in gas when paired with a condensing boiler.

The Energy Saving Trust report observed that “No boilers are recorded as having load compensation”. In other words, all of the condensing boilers in the Energy Saving Trust study used basic on/off controls, which do not maximise the efficiencies of condensing boilers and would have been a significant factor in much lower average efficiencies of 83% and 80.3%.

Boiler Plus was introduced in 2018 and aimed to lift up the control standards for boilers. Load and weather compensation were included, but the regulations were significantly diluted by the inclusion of ‘smart’ on/off controls under the ‘automation and optimisation' category.

As consumers we all believe that smart controls are smart because they are efficient. But if they do not speak the same language as the boiler - so that they can vary their output up and down - then they are really only an on/off control with some remote programming.

Balancing ensures that 20 degrees of heat is imparted from the radiators to the room. The temperature of the radiator is measured on one side and then the other to check this is happening. If water departs the boiler at 65 degrees and returns at 45 degrees, this is a perfectly balanced system.

The problem is that systems do not stay balanced and radiators are often the wrong size. As soon as less than 20 degrees C is dissipated into the room the efficiencies drop.

Thermostatic radiator valves (TRVs) can add to our woes if the installer is not skilled at balancing the system. Standard TRVs will shut down as individual rooms meet their temperature, but there is a delay in the boiler reducing its output (made worse if the boiler has not been, or cannot be, ranged rated).

How can I tell if my boiler is condensing?

Unfortunately your boiler cannot tell you how efficient it actually is. One of our recommendations to the UK Government via our Close The Gap campaign is for the efficiency of boilers to be digitally displayed on the boiler. Alternatively, you can fit thermostatic pipe clips to the flow and return to monitor the temperatures.

In the meantime you can look at the flue emissions. Contrary to popular belief, a sign that your boiler is condensing is an invisible discharge from the flue. A boiler is NOT condensing when white plumes are exiting the flue. This is a sign that the energy is not being recovered as the heat is lost to outside.

The best boilers are those that spend as much time as possible in condensing mode, for this they need to be able to operate a low kW output, the lower the better. You can read more about the best low modulation boilers on our Guide to the best boilers.

How do I get a condensing boiler working at 90%+ efficiencies?

The good news is we have done all the hard work to gather together the top 1% in our Elite Network so we can delivery correctly fitted, high efficiency boilers to consumers via our Hero Support service. As we are fully impartial we often recommend to our customers not to change their boiler and make their existing boiler more efficient. If we can harness the untapped efficiencies in our condensing gas boiler stock we can make huge carbon savings on the way to net zero. 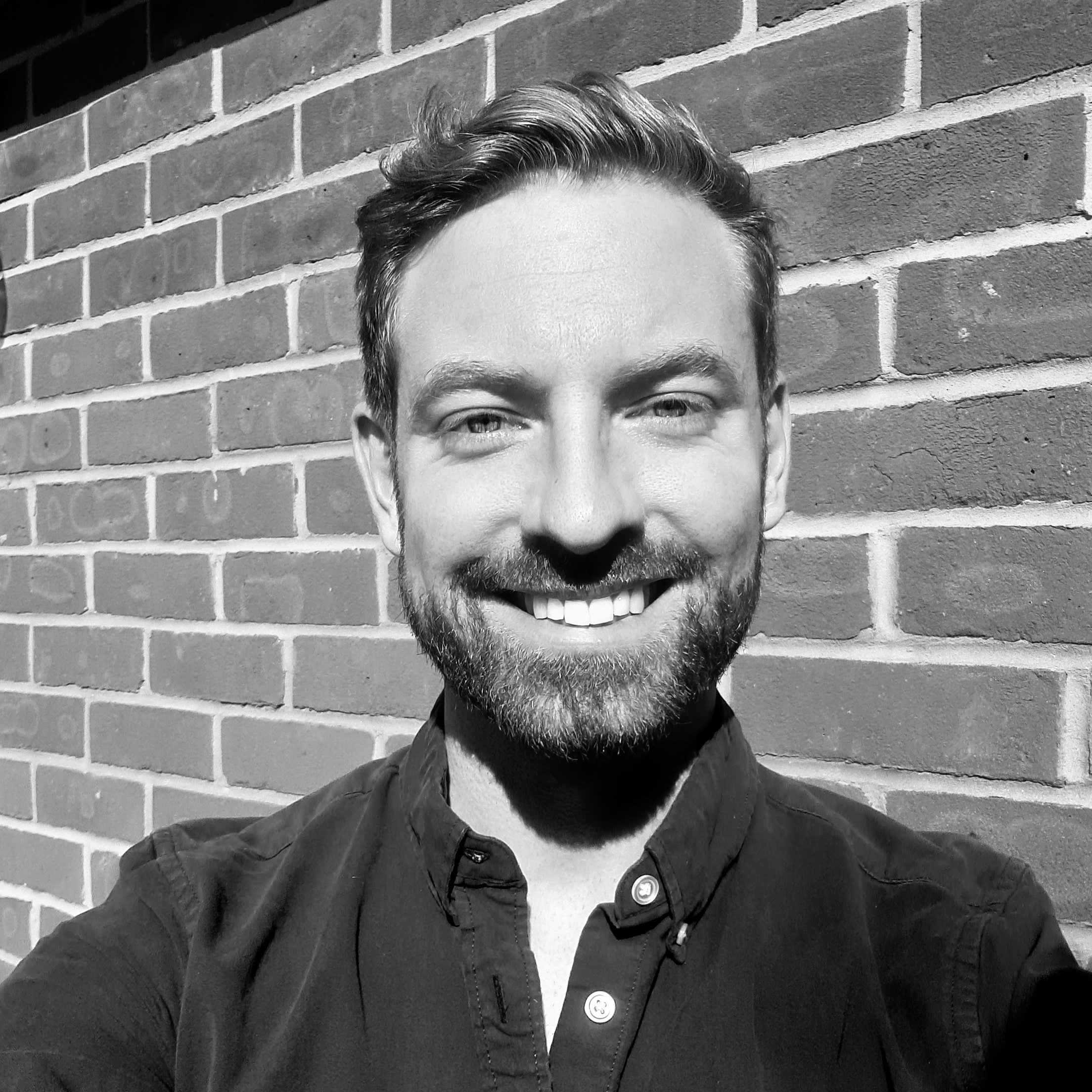 How much does a central heating system cost to fit? We guide you here.

Lots of help with thermostatic radiator valves in our comprehensive guide.

All you need to know
in our easy to read, impartial guide 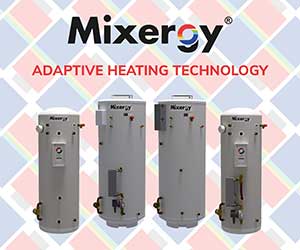 Get an instant quote for a new boiler